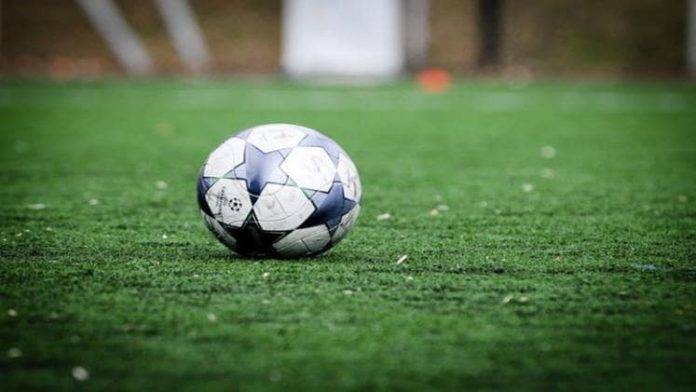 Well, we all love football, and especially when it comes to the Native American people, football is not only a game to us, it is a culture and emotion to us. There are several Football movies that we love and have an emotional connection with, but did you know most of the famous Football films are actually based on real-life scenarios.

Knowing that these stories were real at some point in time, increases the emotional value of the film for sports lovers. So, if you want to know which of the famous football films are based on real-life scenarios, read along and find out.

American Underdog is a film based on a true story. The story of the film revolves around the struggles of Kurt Warner. Kurt struggles with years of obstacles and challenges in order to become a Super Bowl champion, Hall of Fame quarterback, and a two-time NFL MVP.

12 Mighty Orphans is a real-life based sports film that revolves around Rusty Russel who gives up his position as a football coach at a reputable place during the great depression era. He leaves his career in order to coach a football team at an orphanage in Fort Worth, Texas. He coaches the young players in a way that soon they become famous for their sport all over the city, state, as well as the entire nation.

Safety is another real-life football movie that revolves around Ray McElrathbey, a football player for the University of Clemson. Ray struggles as he raises his younger brother Fahmarr, whose home life is in disarray.

Concussion is a football movie that revolves around Dr. Bennet Omalu (Will Smith), a forensic pathologist, who finds brain deterioration that is comparable to Alzheimer’s disease while doing an autopsy on former NFL football player Mike Webster (David Morse).

When Omalu publishes his research in a medical publication, he gives the illness the label chronic traumatic encephalopathy. The crusading doctor sets out on a quest to educate the public about the risks of football-related brain injuries as more athletes confront the same diagnosis.

The Blind Side revolves around a homeless black youngster Michael Oher (Quinton Aaron) who goes in and out of the educational system for years. Sean (Tim McGraw) and Leigh Anne Tuohy (Sandra Bullock) decide to adopt him, and the Tuohys are appointed as Michael’s legal guardians, changing both their lives and Micheal’s.

With assistance from his new family and committed tutor, Michael realizes his potential as a student and football player. His enormous physique and protective instincts make him a powerful force on the field.

In the film Gridiron Gang, the counselor (The Rock) at a juvenile detention facility decides to form a football team in order to instill a sense of self-respect and social responsibility in the young people under his supervision. However, he encounters opposition from high school coaches who do not want their players playing against criminals on the field.

Radio is a film that discusses coach Jones (Ed Harris) who is moved to become friends with Radio (Cuba Gooding Jr.), an African-American kid who is mentally ill and lives in a segregated area. Principal Daniels (Alfre Woodard) gleefully observes that Radio’s self-confidence is skyrocketing as Radio quickly becomes Jones’ devoted helper.

However, when Jones starts to take criticism from supporters who believe that his passion for Radio is impeding the team’s pursuit of a championship, things start to go south.

Invincible is a beautiful real-life sports film that revolves around Vince Papale (Mark Wahlberg), a lifelong football enthusiast, who joins the Philadelphia Eagles, fulfilling his fondest aspirations. The 30-year-old gets the chance to test out for his beloved team while working as a teacher at his high school’s alma mater in Pennsylvania. Other than kickers, he becomes the oldest rookie in NFL history who did not play football in college.

In the film Rudy, Sean Astin’s character, Rudy Ruettiger, aspires to play football at the University of Notre Dame but lacks the funding for tuition or the grades necessary to be considered for a scholarship. When Rudy’s best buddy (Christopher Reed) perishes in an accident at the steel mill where his father works, he intensifies his efforts to leave the facility.

Rudy is admitted to Notre Dame after overcoming his dyslexia with the help of his friend and instructor D-Bob (Jon Favreau), and he starts to battle for a spot on the storied football team.

Remember the Titans is a film that will make you realize how important football is to the people of America. High school football is a way of life and a respected tradition in Virginia. Each game is lavishly honored like Christmas, each playoff is marked in an outstanding way more than any national holiday, and strong emotions follow such recognition.

High school football was everything to Alexandrians in 1971. However, the fundamental foundation of football’s rich heritage was tested when the local school board was forced to integrate an all-black school with an all-white institution.

Small but tenacious Freddie Steinmark is given the opportunity to play football for coach Darrell Royal (Aaron Eckhart) and the Longhorns in the late 1960s after receiving a scholarship to the University of Texas at Austin. Steinmark assists the Longhorns in their achievement alongside former teammate Bobby Mitchell and fresh acquaintance James Street.

Freddie must draw on his unwavering spirit and courage to overcome the challenge like a real champion after suffering an injury that results in a devastating prognosis.

When the Game Stands Tall

When the Game Stands Tall revolves around the story of De La Salle Spartans high school football coach Bob Ladouceur (Jim Caviezel) and his team, who had recently won 12-straight state championships and an amazing 151 straight victories in 2003. The team’s seniors receive scholarship offers from universities around the nation, but the rising juniors are eager to make their mark.

However, adored “Coach Lad” has a close encounter with disaster, and the Spartans are in for their most difficult and unpredictable season yet. All these films are worth watching, and if you also feel a close connection with football, these are not to be missed. To watch these films on any streaming service, all you need is a good quality internet that does not lag.

For good internet, we suggest checking out Ziply Fiber internet. The internet is super-fast if you want to stream content in 4K, stream eSports tournaments, or even have your gaming sessions. The internet comes with robust download and upload speeds and makes your internet experience enhanced.

Well, as we discussed, football especially for the people of the US is more of an emotion than a sport. When it comes to that, the football films discussed above are some of the most famous football films with a real storyline. So, watch now and enjoy.