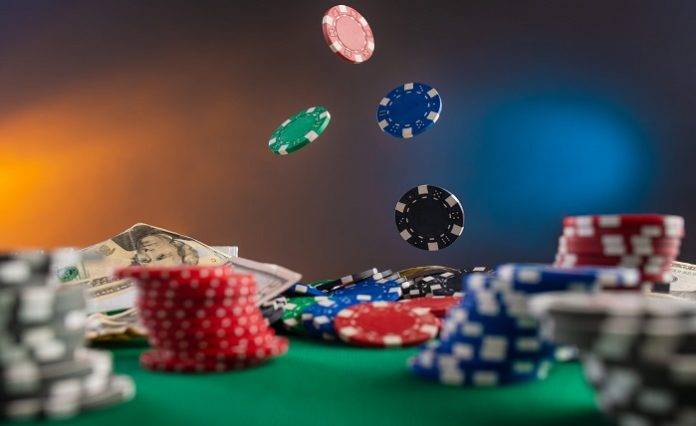 For many years, hundreds of online casinos, betting sites, and bingo games have attracted millions of players. New websites are competing for player recognition by winning various awards or offering the highest payouts.

Every year, the list of the largest gambling companies changes, but some of the most competitive brands remain firmly in their positions. Based on company market capitalization, this article ranks the top biggest names in the world of online gambling in 2022.

Evolution is a behemoth that caught the mergers and acquisitions fever in 2020 and completed the acquisition of NetEnt, which caused some friction. Evolution laid off some employees and closed the NetEnt Live studio after acquiring NetEtn.

In 2022, the company’s revenue increased by 53% to 561.1 million euros. The recent results have been boosted by the pandemic, which has forced many people to seek alternative forms of online entertainment, as well as NetEnt’s acquisition.The company’s market capitalization is 37.201 Billion USD.

Caesars Entertainment is a major online and retail gambling company. After acquiring the Caesars brand of the same name for $17 billion in cash and shares, the company renamed itself Eldorado Resorts. The deal was completed in July 2020.

Caesars Corporation now owns Caesars Palace, Flamingos, Paris Casino Hotel, and Harras Las Vegas Casino in Las Vegas. The company also operates in Uruguay and intends to expand into new markets. At one point, word spread about the operator’s potential bankruptcy, but thanks to competent management, the holding’s management was able to overcome financial difficulties.

The state-owned French national lottery, as well as the primary sponsor of the cycling team of the same name. The company offers online games and sports betting markets for football union, cycling, rugby, and athletics in addition to lotteries. In 2018, the French government decided to turn the “French [Company] of Games” into a public lottery operator, so they sold half of their stock. The French state-owned 72% of the company’s shares, and the sale of such a greater segment suggests that the national treasury is being modernized. The market capitalization is $10,121,000,000.

Tabcorp is one of the world’s few integrated gambling, lotteries, and entertainment companies. Tabcorp’s three core businesses – Wagering and Media, Lotteries and Keno, and Gaming Services – are delivered to customers via our retail, digital, and Sky media platforms. The market capitalization is 7.97 Billion USD.

International Game Technology, also known as IGT, is a leading manufacturer of slot machines for both physical and online businesses. The company holds a significant position and is regarded as one of the forefathers of online slots. These are content and platform technology innovations aimed at providing an outstanding gaming experience and an unrivaled gaming experience that attracts players and stimulates growth.

Yes, these are the numbers, that Indian online casinos like Rajbet could never have imagined, but everything happens in time, and maybe in 10 years you’ll see a familiar name on this list and think, yes, I saw how it all started and had a hand in it!

The gambling industry is rife with rivalry and competition. This contributes to the industry’s dynamism and control, giving cigar brands an additional incentive to compete for market share. So, if you want to go down in history, go to the site where you can play your favorite slots, live games, and table card games.